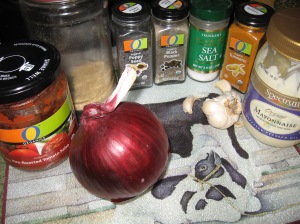 Ms. SpoolTeacher was anticipating numbers (of guests) and tried to make as much as she could.

She uses a knife.

She likes the slow process of doing things and not using conveniences, just cuz, (aka: no hurry, no worry); so she scrunched the spinach in her hand and used a sharp knife and just went from back to front with the knife to get fairly consistent pieces. 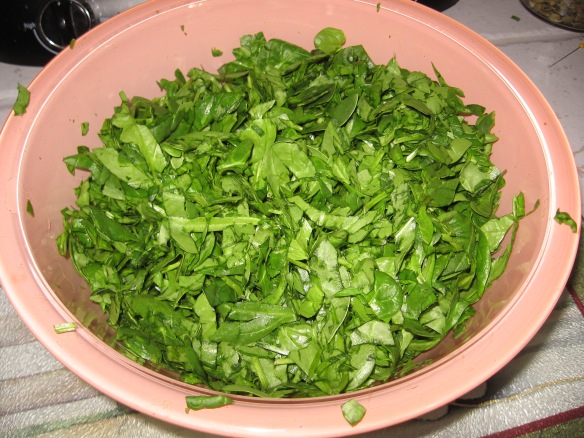 She learned a new trick for cutting onions. She “dices”, both directions, through the onion before cutting the slices. She used about 1/3 onion. Could have been more. Add to your preferred taste. 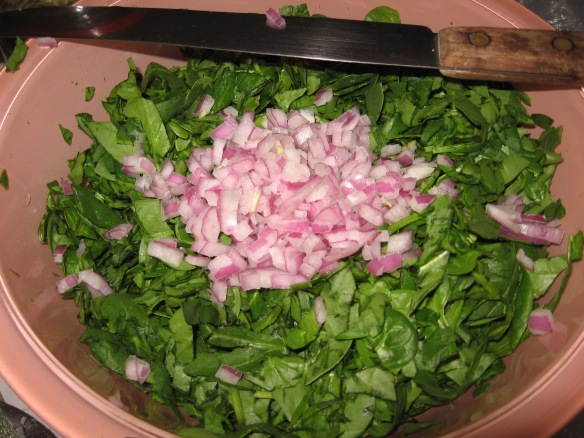 She only had one ripe avocado. It should have had at least two for this quantity.

She started with about 1/2 can of salmon, but after integrating it into the spinach, it was plain to see, the whole can was needed. One whole can,14 3/4 oz was the perfect amount. The picture before tossing, shows only 1/2 can. After-tossing picture is with whole can. 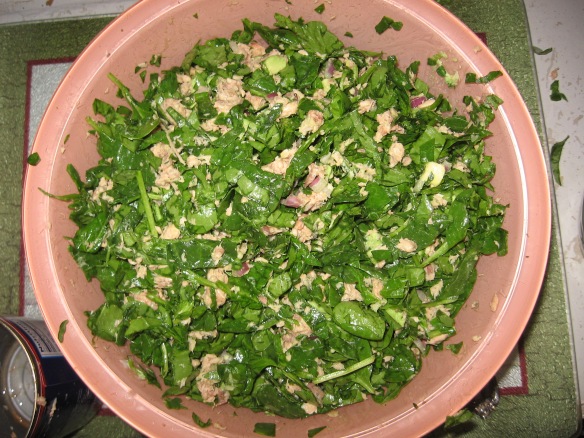 So, spinach, avocado, onion and salmon tossed and then the rest of the ingredients become the binder and distributor of all the other elements.

Use your taste preferences here as well. She uses the “about that much” method and ended up making a second batch of goo because first was about 1/2 too little. 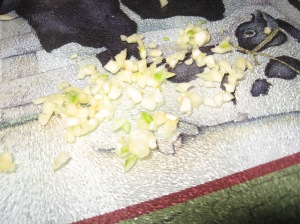 She did only dice up 3 cloves of garlic, again, use your own taste preferences. She likes things garlicky and would have added twice that amount had it not been for making it for others.

Same with the vinegar. She likes a lot. She probably used 2-3 tbs here but would have used more for herself.

Combine fire roasted salsa. mayonnaise, poppy seed, turmeric (gives it a subtle curry flavor and adds another super anti-inflammatory element), salt, pepper, flax seed (ground), garlic and vinegar to make a thousand island-like consistency binder to bring all the other elements together and distribute the flavors throughout the concoction. 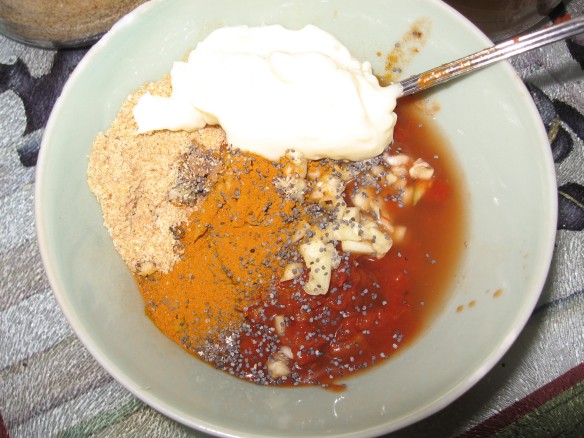 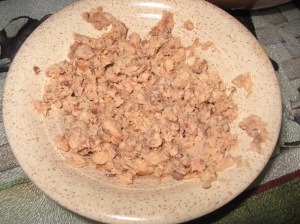 As a side note, she used a knife to break up the salmon for the first 1/2 can she put in, but found that it actually worked just as well to flake it up with her hand and that gave her a chance to smush the little bones up so they weren’t as noticeable. The bones are good for us, some people don’t like running into them while eating. Smushed up, hard to tell they are there.

Twice this much “goo” was used in the final outcome below. 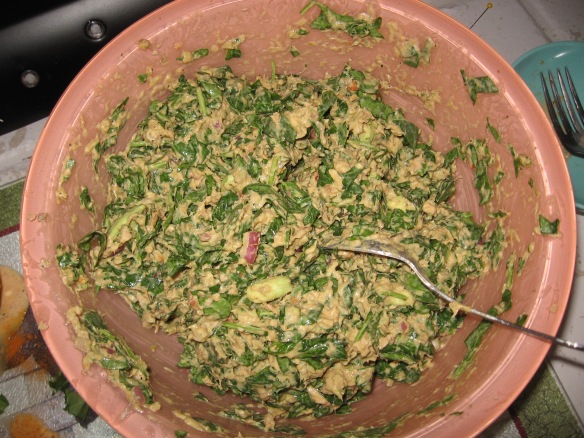 She had these cute little Christmas tree containers that were part of her Lollipops & Polka Dots Variety Store back in the day when she had it. Now they are in her Home Studio waiting for a second chance.

In the mean time, they come in handy for taking Super Anti-Inflammatory Salmon Salad/Dip to friends’ house for Christmas sitting a spell and sharing.

It was a great time with friends who are like family.

Thank you for having me, you know who you are….

“Everything Crackers” went along to the party too. 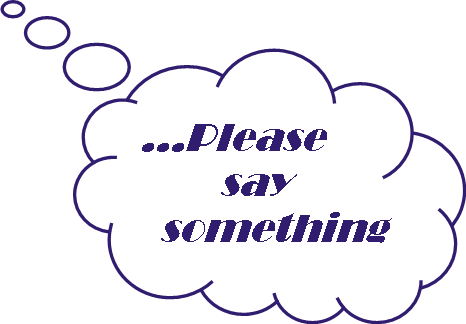 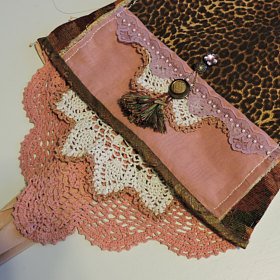